The last section of our trek to Uhuru Peak, the summit of Mt. Kilimanjaro, started at midnight. We had hiked 6 hours by headlamp to watch the sunrise from Stella Point.

It was hard to believe only 5 hours ago Frank, the lead guide, did his first of 6 hourly safety check-ins with us. Frank had planned these out as our sign off to be allowed to go unassisted for this final section. In that first hour we didn’t think there was a chance of us finishing this task without help (mostly because Geeg couldn’t find the energy to wipe his nose shortly after the hike started). Then the second check-in came and went. Then the third, fourth, and fifth.

The guides slowed us back to a normal pace (but the cycle of laughing and crying continued randomly for the next 72 hours) and we continued to the summit. We celebrated, took a few well-deserved pictures, and moments later were on the trek back down the mountain. We still had 7 hours of hiking to do before sundown!

We had hiked 5 hours back down the mountain when one of our guides, Boka, pulled us aside while the group was on break.

“Would you run with me?” He asked. “The packs feel lighter when you run. You should try it.” This was the first time we had heard him speak all week so we had to say yes.

We “ran the rocks” for 30 minutes before we stopped for our first and only break. Boka’s stop here was actually planned as he wanted to share something with us.

He told us about how the mountain, guides, and porters had been in a kind of low point the last few years. Two major events were at the root of this: a fire that burned the whole mountain ridge to the North in 2020 and the Covid-19 pandemic cutting the tours of the mountain in half for the last 2 years.

Then Boka said “What you just did on the mountain changed that. You are heroes.” He explained that he could already feel the morale on the mountain changing. The guides and porters had something else to think about. Every time a porter had passed us since the Baranco Wall they cheered “Babu”, which is Swahilli for grandfather. Ahab had become the grandfather of Kilimanjaro and the story of his trip to the top had spread quickly all over the mountain!

We ran the rocks for another 30 minutes before we arrived at camp an hour before the rest of the group.

We knew the guides and porters had enjoyed seeing Ahab being carried up the mountain, but without Boka tricking us into a run he probably never would have told us the local impact of our feat! 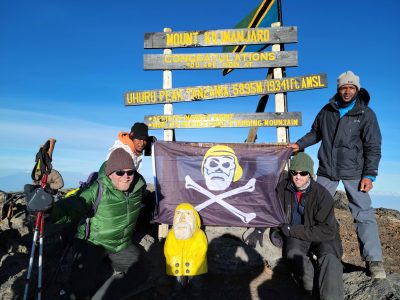 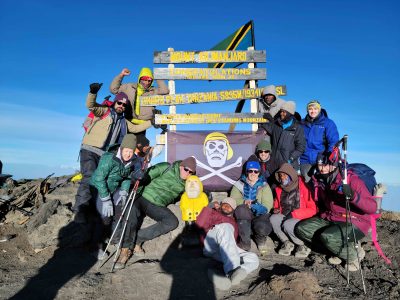 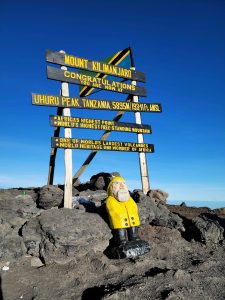 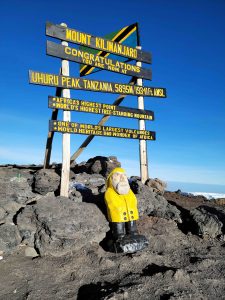 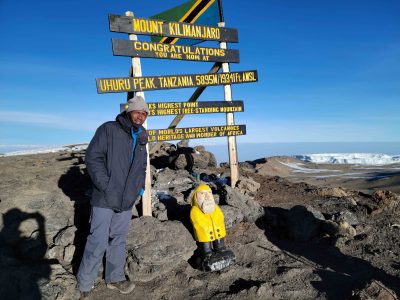 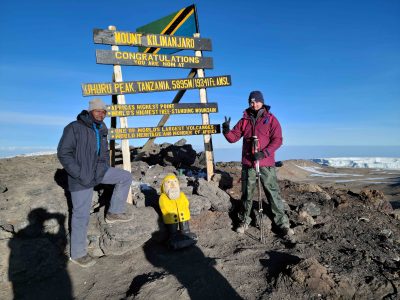 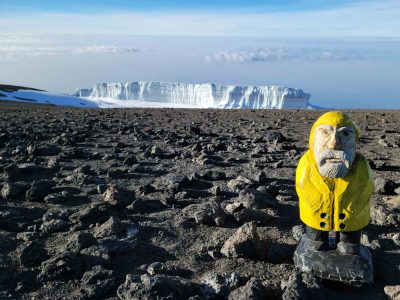 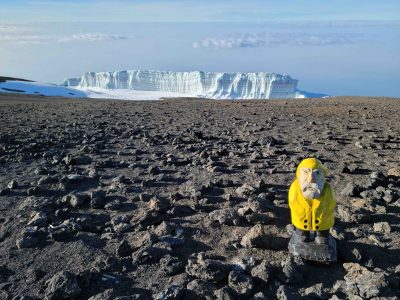 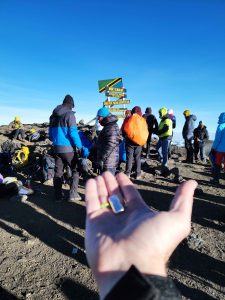 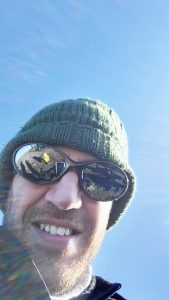 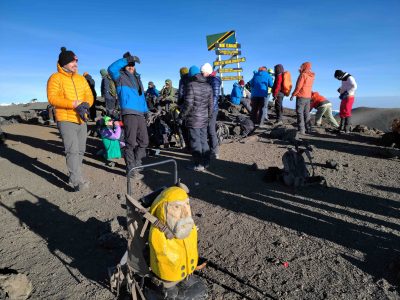 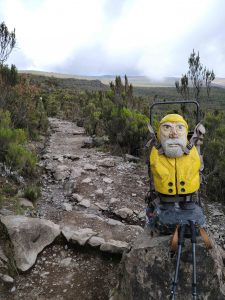 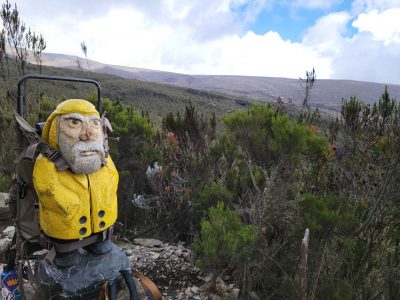 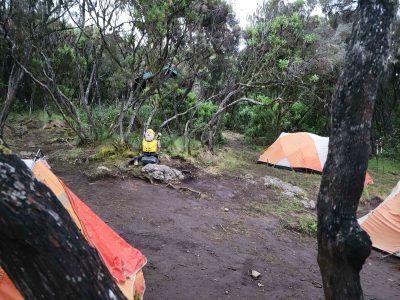 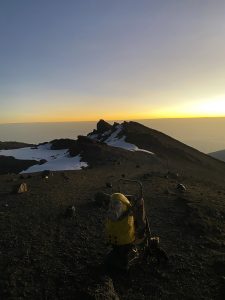 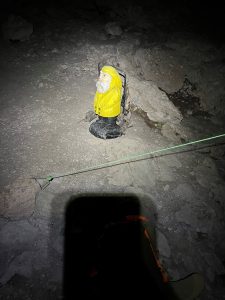 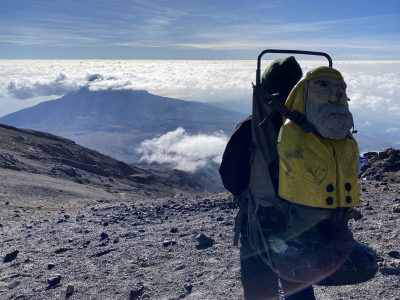 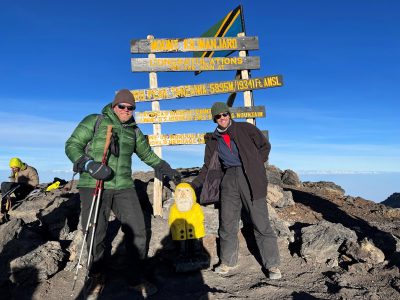 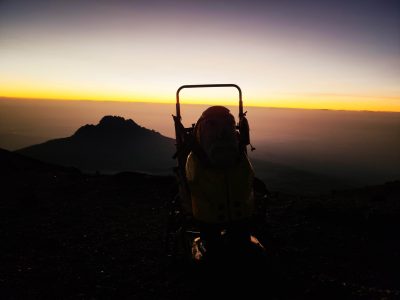 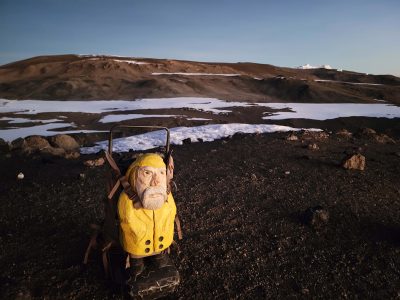 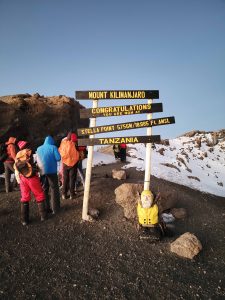 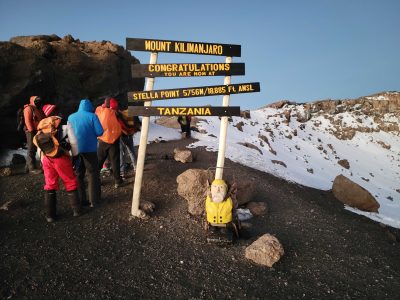